Victoria Falls - The Smoke that Thunders 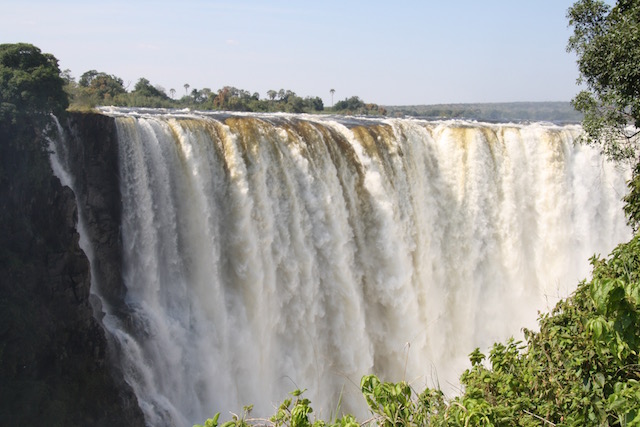 Mosi-oa- Tunya translates to the Smoke that Thunders. It describes the world’s greatest sheet of falling water aptly, where over 500 million litres of water each minute, pours over the 1.5km wide gorge. At an average of about 90metres high, the UNESCO listed falls are not the highest falls in the world by any stretch, but they are the most spectacular. Victoria Falls had been a place I had wanted to see ever since I was a kid.

It did not disappoint. I arrived on the Zimbabwean side with my daughter and checked into our modest hotel. It was late in the afternoon so we gathered all the brochures we could find and read them over dinner. By the next morning, we were well and truly prepared for our adventure.

We walked to the entrance from our hotel which took about 20 minutes, paid our fees and followed the signs. There is one main track that follows the look outs. There are about 10 viewpoints in all and they are all sensational. What they don’t tell you is that you are bound to get wet from the amazing spray that the falls shoots up into the air. In fact, you get saturated - like it or not. (Tip… take a plastic bag for your camera).

The next morning we took a 15 minute helicopter flight over the falls. It was as spectacular as I had expected it to be. The pilot cris-crossed the main section so we could get a view from all angles. To do justice with the views, you need video and still photos. There are about 4 companies offering flights and they are all negotiable, so don’t accept the first price offered.

After the flight, my daughter and I went to have high tea at the famous Victoria falls Hotel. While we were there, I checked the room cost at reception and managed to negotiate a cheaper, but still expensive room for one night. After all, we had been camping so we owed ourselves a little luxury!  Our Namibia Botswana Victoria falls tour also includes Capetown and is 24 days of wildlife, magnificent scenery, colonial history, interaction with the locals and a whole lot more.

Book your trip so you can experience the amazing Victoria Falls yourself in 2017 with Blue Dot! Click here. 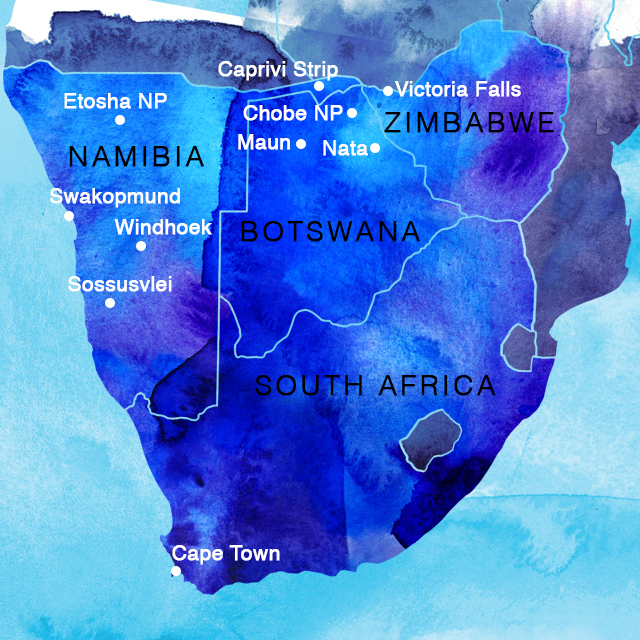 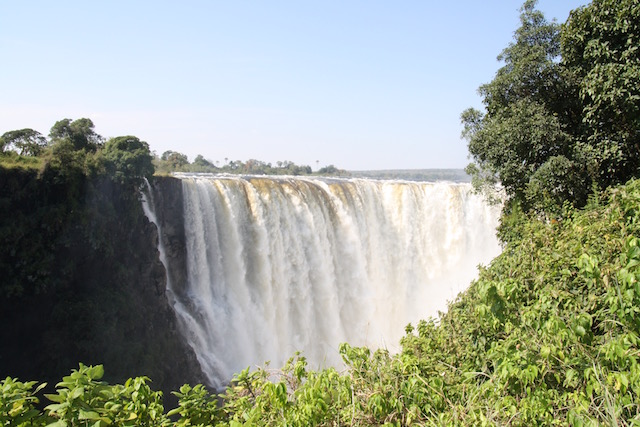 We visited Iceland on a recce in 2013. The brief to ourselves was to develop an itinerary providing a “best of” and some lesser-known parts of the country. Apart from what we had read and seen in magazines and brochures, we didn’t really know what to expect. We spent just four nights in Reykjavik and other parts of the South. This was however, enough to give us a “flavor” and to meet the necessary business contacts. It was also enough time to tease us. Ever since this brief visit, we’ve craved to come back and see more.

There were many reasons why Iceland quickly became a favourite destination for us both. The scenery blew us away. It’s very green and very pretty. The mountains and waterfalls are easily visible from the road heading South East from the capital. Skogafos is one of the most picturesque examples of waterfalls on the island and a mandatory photo at the bottom is must-have. The black, volcanic sandy beaches with their rocky outposts, provide the best photos opportunities imaginable along the South coast to Vik. Green rolling hills, horses running around in paddocks and pretty coloured houses also make for “pinch me” moments.

While much of the country could be considered quaint and raw, we were very surprised at the level of sophistication Iceland provides - especially Reykjavik. Great restaurants, cool café’s, boutique shops and museums galore, make it a fantastic place to stroll and learn.

The locals are a highly creative bunch too. They love their music, dance, theatre and comedy. The relatively new concert hall, Harper, right on the edge of the Reykjavik’s harbor, is a great place to see the performance culture in action.

They are a tough bunch in Iceland. Given their small population, limited resources and very cold climate, they need to be. We had the chance to learn about their Viking past at the national museum. Interestingly, the first Europeans to document the island were the Greeks about 2,000 years ago but the Swedes and the Norwegians started to inhabit the island in the 9th Century.  Iceland is not cheap. In fact, it’s one of the most expensive places you will ever visit. But it’s definitely worth it. There’s “wow” factor all over the island. Why not join us on our small group Iceland package tours which includes Svalbard.

Travel to Iceland and book your trip with Blue Dot! Click here. 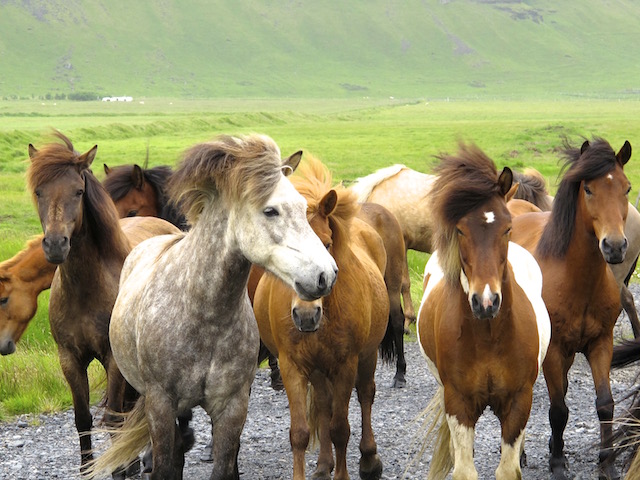 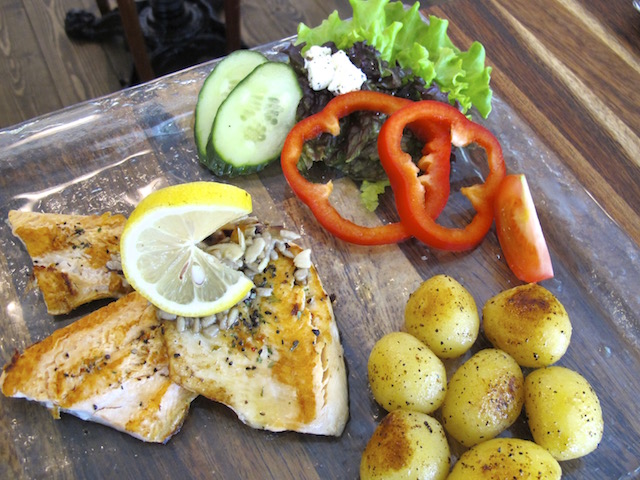 Spring time in Japan is synonymous with cherry blossom 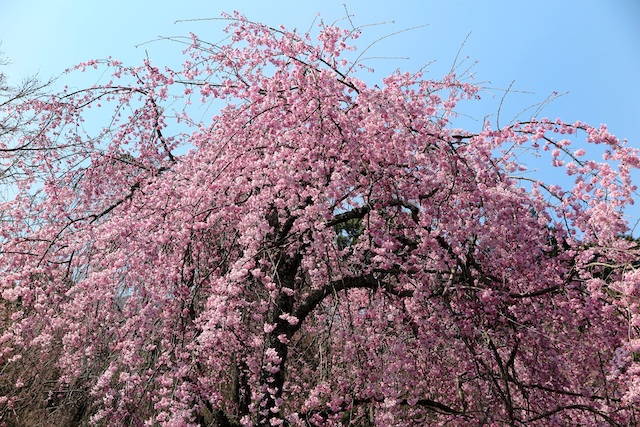 The Japanese are obsessed with the short-lived beauty of these fragile blossoms. They pay to reserve spots in the best parks where they can sit and appreciate their surroundings. The first few days on the tour: bare branches, with buds in various stages of development. Our cameras went berserk every time we found a tree with even a few blooms.

But the long wait was over. We came across a gigantic weeping cherry in the grounds of the Jojakkoji Temple in the hills just outside Kyoto. The tree had been bare the day before. Now it was a mass of blossom. And there were even benches provided for you to admire the tree at your leisure.

Trees on this southern island are in full bloom but, alas, rain greeted our arrival in the city. Petals drifted down like snowflakes as we climbed through an avenue of flowering trees towards the imposing 17th century Kumamoto Castle. The effect is magical, and underlines the brevity of this iconic season.

Our four days in Kyoto saw us making full use of the local trains. It’s often quite a hike from the relevant station to our destinations. Japan boasts beautiful gardens, often accompanying temples and shrines. These can only be appreciated on foot, and we also walk from one temple to the next.

It’s been interesting to return to some of the places I visited last autumn, and see the differences in the seasons. We’ve only had two days of rain, with most days greeting us with brilliant sunshine. Nara’s Todai-ji Temple looks very different in wet conditions – more mysterious and sombre. It is the world’s largest free standing wooden structure, and houses Japan’s largest Buddha statue. On special occasions they open a door at third storey level so that the Buddha’s face can be seen from the far side of the concourse.

Although Todai-ji’s statue is the biggest, the Great Buddha of Kamakura is not far behind. This enormous statue is open to the weather and has that lovely green patina of old bronze. You can only marvel at the techniques used hundreds of years ago to cast either of the Buddha statues.  Come to see the stunning blossoms in Spring by joining on of our small group tours of Japan. 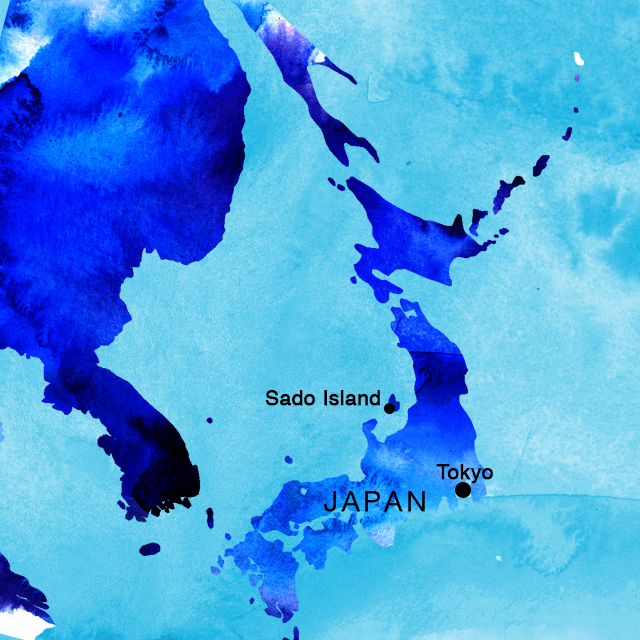 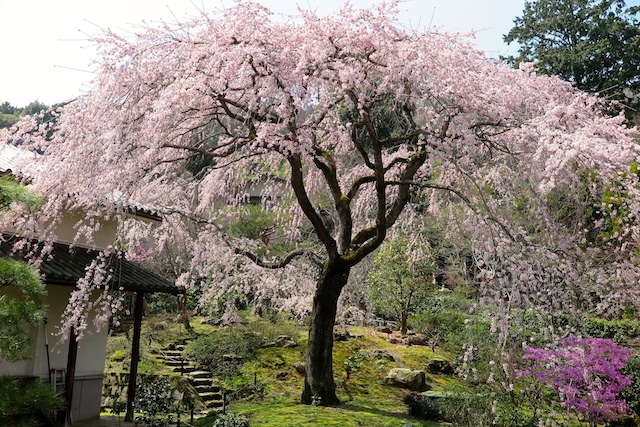 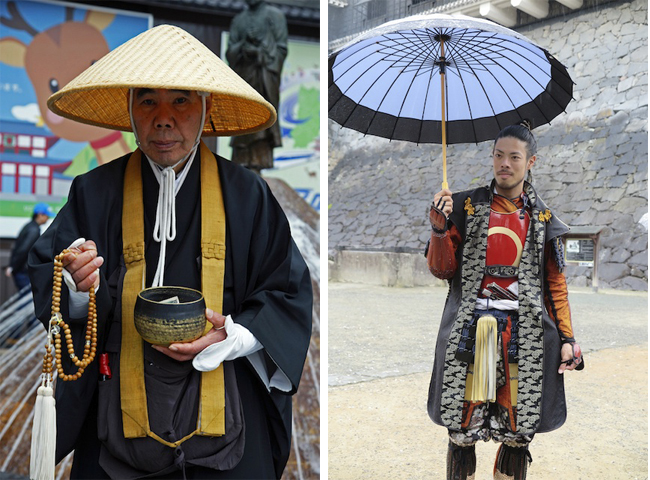 Young men from many cultures must endure rituals to enter manhood. The young Hamar men of southern Ethiopia’s Omo Valley, prove their manhood by eventually succeeding at ‘cattle-jumping,’ a challenge that requires them to walk across the backs of livestock. It carries great weight in the Omotic tradition as it is the only way an adolescent male can prove himself ready to marry,  to own livestock and to become a maz - a man of his village.


But it wasn’t the young man’s cattle jumping that really moved me during our trip to Ethiopia. In a precursor to the main event, the young man’s female extended family members perform a kind of maasai-like dance, working themselves into a trance like state. Wild and euphoric blasts of their handmade horns, grasping each other’s back as they whirled synchronously in a circle of dust. Every now and then, one would break away from the group and present themselves to a maz. Jumping up and down with increasing fervour, taunting the initiated male of the village to crack her back with his very fine whipping stick.


The crack of the whip alone alone made me shudder but the resulting cut and blood trickling down the women’s back was really quite shocking and uncomfortable to witness. The women are relentless and for hour after hour they feverishly continue their hypnotic waves of dancing, horn blowing and whipping.  The scars on their back proof of their allegiance to the males in their tribe.


Warn with much pride, these types of scars are not seen as mutilations but as a thing of great beauty. I left the ‘cattle-jumping’ in awe of the Hamar women. They are tough and proud and wear their scars as badges of honour in support of an age old tradition.If you get the opportunity during your Ethiopia trip to witness this ceremony do go, as it is a real privilege to witness.

We’re a boutique agency, specialising in small group travel experiences to unique destinations around the world.

All of our itineraries are tailored by us with much attention to detail. We’ll take you to see the highlights and also visit places and enjoy experiences on the roads less travelled. Join us on our guided and hosted travel experiences to unique destinations. 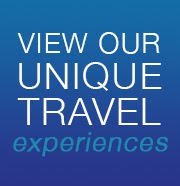